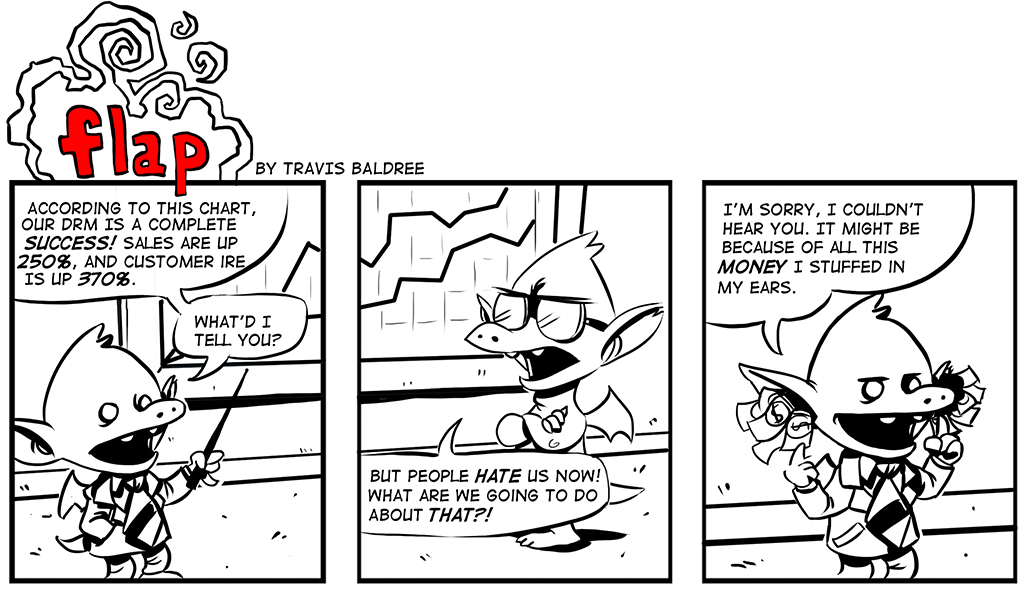 Since SimCity is still thwarting all efforts to play it, hey-o, another comic.

This time I chickened out and went all digital. Still pretty ugly, and I’m playing around with character designs and pane counts and how I want to letter while I’m doing this. Next one will be better, promise.

Anyway, I was thinking while I was putting this together about the games that I love, and in almost all cases, they were made by a passionate team who cared more about what they were making than whether it was financially successful. Financial success was secondary. Yeah, everybody wanted that, because that’s what allowed them to keep doing what they were doing, but it wasn’t the driving factor.

I think dictating design based on financial considerations is dangerous. I think you end up making entertainment products for the wrong reasons. That doesn’t mean they can’t be successful, or great (it’s really obvious that the guys and gals who made SimCity the game loved it to pieces. There’s some pure joy in there. )

But I think it’s equally obvious that outside forces compromised that, and not for the better.