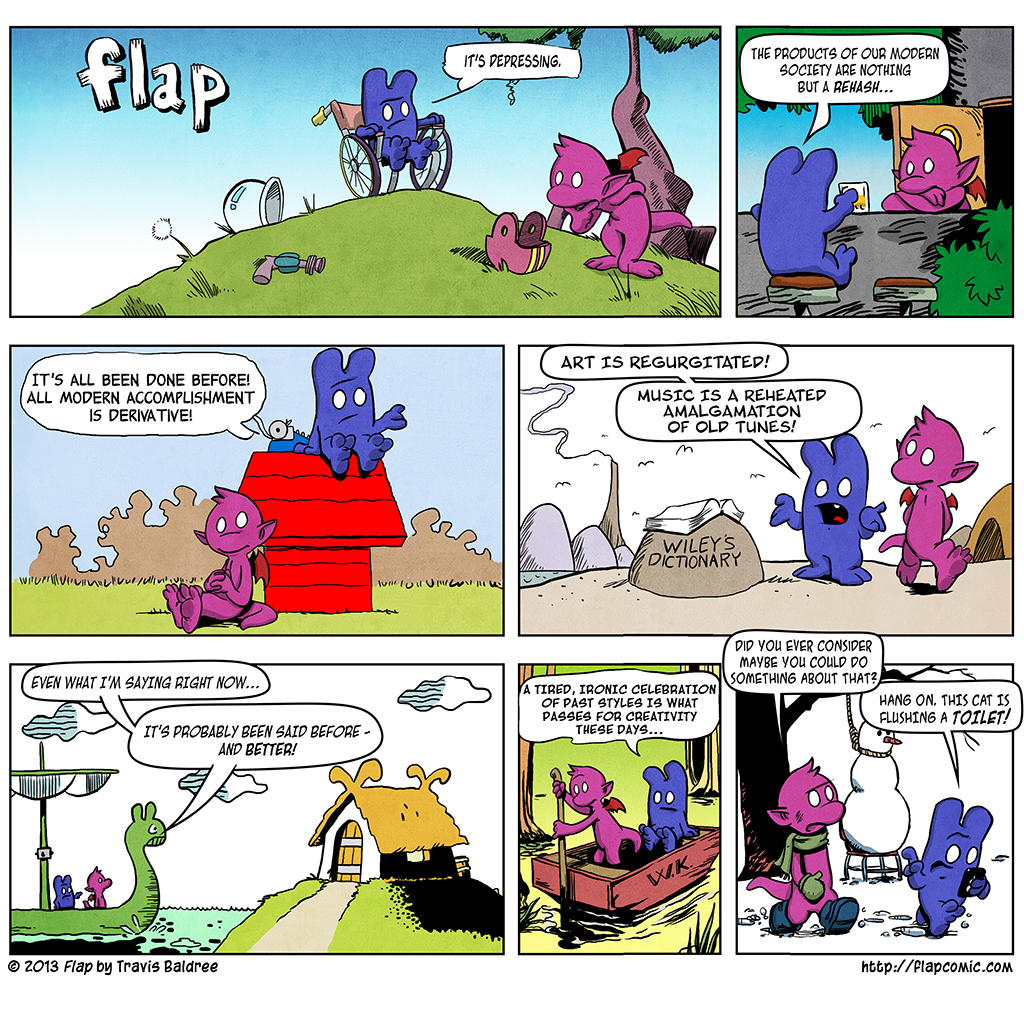 I didn’t actually intend to do this series of nods to other comics. The gag was written separately, but for whatever reason, the idea popped into my head, and I couldn’t shake it.

If you were born in the last 15 years, you probably don’t recognize several of these, but that’s OK. I’m sure there will at least be a few people who know all of the references.

It was fun replicating the different styles, and picking out elements that I thought were iconic from the strips and incorporating them into the scene, and then dropping my characters in.

I did my best to match the character and text bubble styles of each strip as well.

It was also very interesting to note strange similarities internal to each strip’s style. For instance, Schulz’s grass is drawn the same way as Calvin’s hair – the little swoopy ‘v’ shapes are the same. Strange.

For some reason the inclusion of these artifacts from other strips makes me think  more, and gives my mind more to chew on. It’s weird.

I think every era thinks it’s all been done. Everyone has talked about the good old days since there were old people.

But somehow it’s never the end, and there IS always something new. It just never comes from the quarter you expect.

Obviously, a one-off, but I enjoyed doing it.