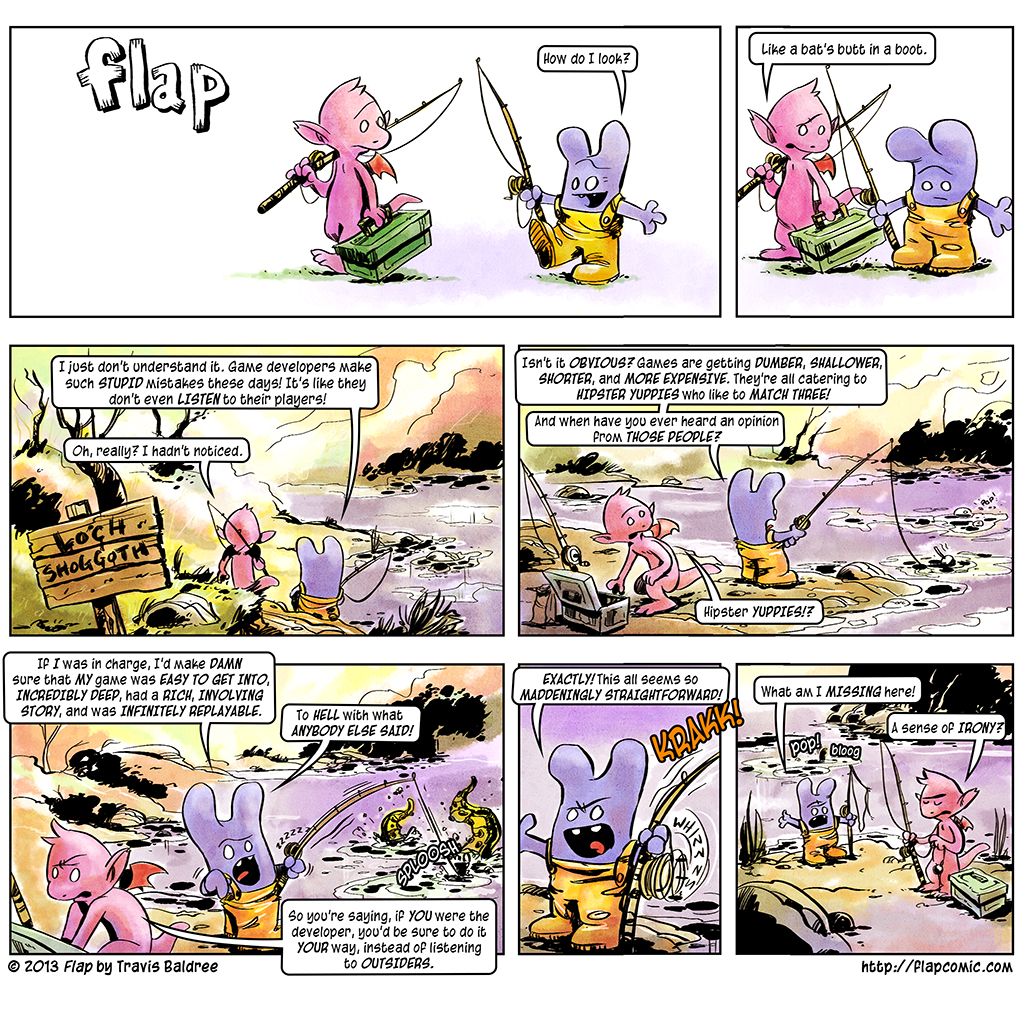 I figured I’d try to do a traditional Sunday-style strip.

I also think that, as a rule, most folks who WISH they could call the shots wouldn’t want to take a survey for every decision, once they were FINALLY put in the position of making them.

Developers tend to be highly opinionated.

To be clear, I believe developers should listen closely to players. I just think if the roles were reversed, that some of the most opinionated folks would be the least likely to listen. When you have closely held beliefs and finally get a chance to act on them, it’s difficult stuff to set that aside for someone else’s opinion.
——

I’m playing around with a more brushed and organic line style, and I thought it would be fun to try out some watercolor brushes to see how it turned out. Obvious debt to Watterson here, I think.

I’m also playing around with using stronger blacks. I’m going to start trying to do some ink studies based on old art from things like Pogo, and some of Jeff Smith’s work, and of course, Watterson. Man, those guys can INK.

COMMENTS – OK, after asking, I’m going to try turning them on. We’ll see how that goes! I reserve the right to turn ‘em right back off if this turns into spambot central